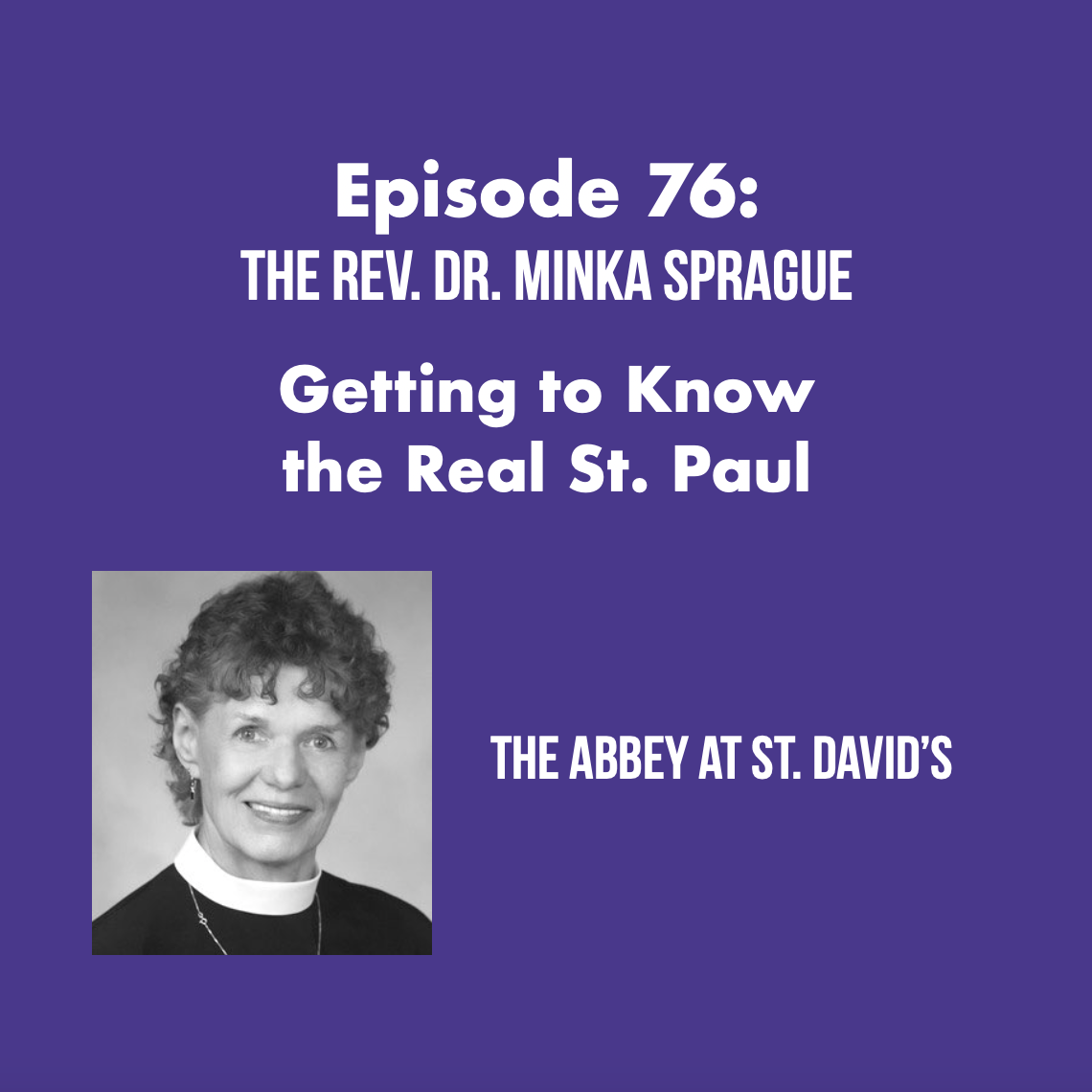 The Abbey at St. David's
Episode 76: Getting to Know the Real St. Paul with The Rev. Dr. Minka Sprague

The Rev. Dr. Minka Shura Sprague is served as the Professor of New Testament and Biblical Languages at General Theological Seminary in New York City, and deacon on the staff of the Cathedral of St. John the Divine. After her ordination to the priesthood, she served as Associate Rector at St James’ Episcopal Church in Jackson, Mississippi. In 2013, she moved to New Orleans to serve as Vicar and Chaplain of The Chapel of the Holy Spirit. Since retiring in 2017, she has covered in half the Episcopal Churches in the Diocese of Louisiana. Minka is well known as a preacher and retreat leader throughout the church. She is also the author of Praying From the Free Throw Line.